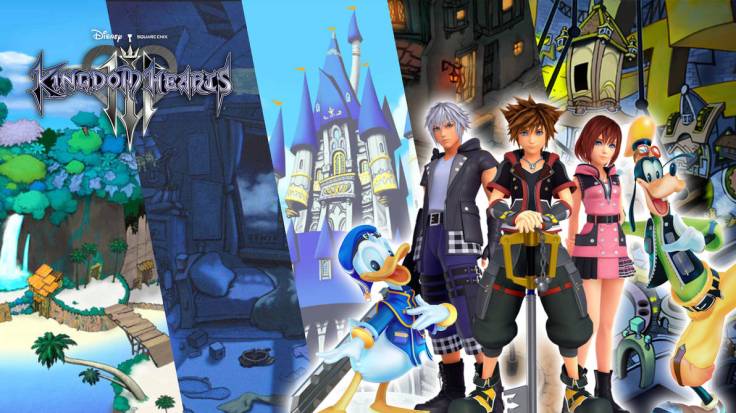 As someone who’s been playing video games since elementary school, the Kingdom Hearts games have been the biggest part of my childhood. So, when I heard about the release of Kingdom Hearts III, a game I’ve been waiting for the longest time to come out, I was so excited and ready to play it.

Kingdom Hearts III takes place after the events in Kingdom Hearts Dream Drop Distance, following when Riku and Sora take the Mark of Mastery test. As Riku and King Mickey go on the search for Aqua (another chosen Keyblade wielder whose story you learn more about in Kingdom Hearts Birth By Sleep), Sora goes on an adventure of his own with Donald Duck and Goofy in search of reawakening his weakened powers and trying to learn the power of wakening. As Sora travels from world to world, he encounters Heartless, Nobodies and Unversed as well as runs into various members of the new Organization XIII whose true goals remain unknown.

While I feel like I’ve barely scratched the surface of Kingdom Hearts III, I truly believe it’s my favorite game in the series that I’ve ever played. One of the things I enjoy about the game so far is the combat. I love the different abilities (otherwise known as form change) that each of Sora’s Keyblades has that you can activate when you fight. I feel like each of them is unique to the Keyblade Sora is using but in a way that suits it.

There’s also a new ability in combat called attractions that I still have mixed feelings about. Just like the name suggests, attractions are an ability that Sora can use where he’s on different attraction rides that can cause damage to the enemy. I have mixed feelings about this new ability because some of the attractions you can use are very useful and others I just find to be very annoying and don’t like using in combat. But overall, I find the combat in this game to be the most fun I’ve had in a Kingdom Hearts game in a very long time and look forward to fighting whenever I play.

Another thing I’ve enjoyed with Kingdom Hearts III so far are the different worlds you can travel to in the game. I like the worlds you get to go into because most of them you’ve never been to in any of the other games in the series. I also like the role Sora gets to play in those worlds, whether he’s dressed like a toy and helps Woody and Buzz search for their missing friends or he’s a monster helping Mike and Sullivan get Boo back home. Sora is always getting himself into situations, making friends along the way and I love it just as much in this game as I do all the others.

I also love the message of friendship these games bring with them. Of your friends even when they aren’t around still being a part of your life, close to your heart. This message always resonates with me and I feel like its exactly what I needed to hear. Especially with the personal stuff that’s been going on in my life.

There are, however, some issues I do have with Kingdom Hearts III. One of the biggest issues I have with the game is how they go about the plot. I’ve just recently started to get further into the main storyline of the game and while I do at times find it interesting, I also find myself left with a lot of questions that remain to be answered. I know since I haven’t completed the game yet I probably shouldn’t be complaining about this, but its something that bothers me so I feel like it needs to be discussed.

What I think doesn’t help is that a lot of the worlds Sora goes to the story doesn’t feel complete. You get some gameplay in these worlds, but I feel like you never truly get any resolution to the conflicts the characters in the world are dealing with. For example, one of the worlds I enjoy going to because the characters were a big part of my childhood is the Hundred Acre Woods from Winnie the Pooh. In the previous Kingdom Hearts games, you go to the Hundred Acre Woods and must help Sora find the missing pages of the book to see Pooh and the rest of his friends. In this game, however, Merlin shows you the book and Sora notices his image is missing on the front cover, so you go visit to see if anything is wrong there. It’s the shortest world visit in the game you experience and its one of many worlds in the game I felt were treated the same way, though not quite as short.

But overall, I’m enjoying my experience playing Kingdom Hearts III. I remember when I first got into the series, excited to play these games. This game has been no different for me because I’ve been waiting for its release for so long. I know I’ll be sad when I finish this game because this game series has been a part of my life for such a long time. But right now, I’m enjoying my first time playing through it and believe I will continue to do so despite my criticisms.