Why “We Will Not Be Silenced: The Lived Experience of Sexual Harassment and Sexual Assault Told Powerfully Through Poetry, Prose, Essay, and Art” Is Important to Me 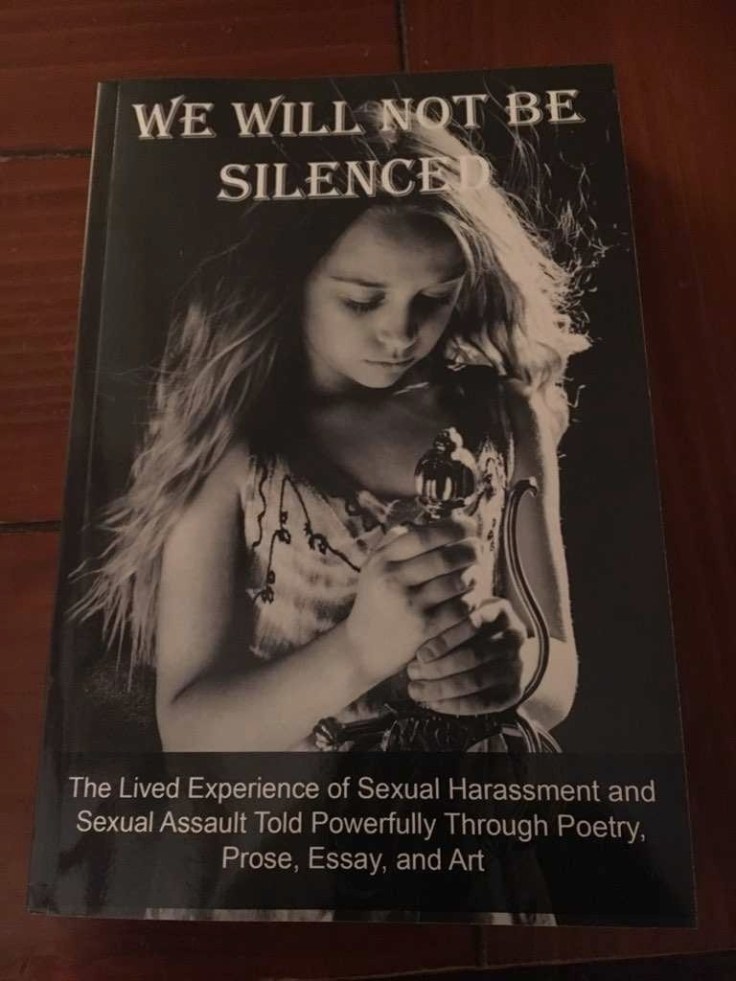 So, I know this will come as a surprise to many of you. If you follow me on social media at all, you might already know what I’m about to say. I recently submitted a poem I’d written for the opportunity to possibly be included in an anthology that talks about sexual harassment and sexual assault. At the time, I was feeling extremely passionate about those subject matters and an idea for a poem came to me. So I wrote down the words that were flowing through my thoughts and on a whim, submitted my poem to Indie Blu(e) Publishing.

Before this poem, I’ve never ever submitted any writing of mine for publication so I didn’t know what was going to happen. So when I received an email back saying that my poem was going to be accepted to be included in the anthology, I was completely surprised. I didn’t expect this poem I’d written on a whim to be accepted, but I was also happy too for a many number of reasons.

There are many reasons why the subject matter of sexual harassment and sexual assault are important to me. The best way I can describe it is this: I’ve had quite a few experiences of my own where I found myself feeling uncomfortable around someone of the opposite sex. Whenever I was in elementary school, I was bullied a lot by boys my age. When these boys bullied me, a lot of what they did was physical, such as pulling my hair.

Then when I was in middle school (6th grade to be exact) I dealt with having two different boys harassing me. One of the boys told me he wanted to kiss me and that he knew I liked him even though I never once expressed any interest in him.  The other boy would pucker his lips and make kissing noises at me during class. It was to the point where I found myself covering my face with my jacket or putting my head on the table so I could ignore him because he never stopped doing it even after I confronted him about it.

I’ve also had some pretty personal experiences with emotional and verbal abuse throughout my middle school and high school years. Whenever I was in 8th grade, my mother married a man we all thought would be a wonderful addition to our family. Instead, he was emotionally and verbally abusive towards the three of us along with being an alcoholic. The marriage was so bad that the summer before my senior year of high school, my mother decided she had enough and we spent several days packing our things so that we could leave. During that time, my older sister and I stayed the night at various friend’s homes so that we weren’t anywhere near our ex step-father and had friends help us pack until we collected all of our belongings. Those years were some of the roughest years of my life, but despite those terrible times, I’m extremely thankful for them. Because I wouldn’t be the person I am today if I hadn’t had those experiences in my life.

So for me personally, I believe the “We Will Not Be Silenced” anthology is really important. I believe it’s a really great way for those who have their own personal stories about being sexually harassed and assaulted to come forward creatively. Or anyone that has any other types of stories to open up and share their experiences. And I’m extremely thankful and honored that my poem is within it’s pages.

If you’re interested in getting yourself a copy of the anthology, you can order a paperback copy on Amazon here and get it for your Kindle here. You can also send an email to indiebluecollective@gmail.com if you’d like to be placed on the wish list for a copy of the anthology. I would also like to add that seventy percent of the royalties raised above the publishing and promotion costs will be donated to organizations that provide services to sexual harassment and sexual assault survivors, which is another reason why I’m so happy to be a part of this.

I still can’t believe that a poem I’ve written has been published. But I can’t be any happier about it because I’m expressing myself and letting my voice be heard. Please if you can, get yourself a copy of “We Will Not Be Silenced” because there are a lot of powerful voices expressing their truths. From what I’ve read of it so far myself, these stories are pretty amazing. Just know too that if you have your own personal story, don’t hesitate to reach out and talk to me. You aren’t alone and I believe you.

17 thoughts on “Why “We Will Not Be Silenced: The Lived Experience of Sexual Harassment and Sexual Assault Told Powerfully Through Poetry, Prose, Essay, and Art” Is Important to Me”