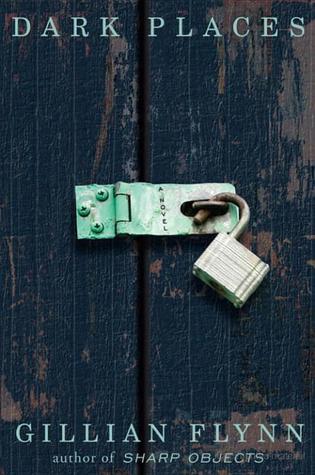 Libby Day was seven when her mother and two sisters were murdered in “The Satan Sacrifice” of Kinnakee, Kansas. She survived—and famously testified that her fifteen-year-old brother, Ben, was the killer. Twenty-five years later, the Kill Club—a secret secret society obsessed with notorious crimes—locates Libby and pumps her for details. They hope to discover proof that may free Ben. Libby hopes to turn a profit off her tragic history: She’ll reconnect with the players from that night and report her findings to the club—for a fee. As Libby’s search takes her from shabby Missouri strip clubs to abandoned Oklahoma tourist towns, the unimaginable truth emerges, and Libby finds herself right back where she started—on the run from a killer.

I know a lot of people won’t be too pleased about my thoughts and feelings with this book. But I didn’t enjoy reading this book as much as other people did so I’m sticking by that.

However, before I get into all of my criticisms with Dark Places, let me start by saying that there are some aspects of this book I did enjoy. For one, I think the storyline was fascinating to read. A story about a woman whose whole family was murdered in their home and the surviving family member points to her brother being the murderer is a story that interested me. Especially as she begins feeling doubtful about her original statement to the police and investigates to find the truth. I usually enjoy stories like this where the protagonist goes undercover to find out what really happened. But there are several factors with this story that lead to me not enjoying it, which I’ll talk about shortly.

I also enjoyed the writing in this story. In particular, the different points of view in the story where the author shifts from present day Libby to Ben’s perspective before the murders happened. I found that it helps supply the reader with more information about what actually happened as well as introduces the reader to key characters who play a crucial role in the events leading up to the murders. You learn what life was like for Libby before these events happen and how this moment changed her life completely.

However, I still didn’t enjoy reading Dark Places despite the interesting storyline and alternative points of view. While I admit I did enjoy the storyline, I did also find it lacking in depth as well. What I didn’t enjoy about it was the mystery surrounding the murders and how the truth was revealed. I was hoping that the story would provide a twist that as a reader would make everything I read in the story click together and everything I didn’t like about this book would make sense. Instead, once the truth was revealed, I was left feeling disappointed in the story I was reading.

What didn’t help was that I found myself disliking all of the characters in the story. Especially the character whose supposed to be the protagonist in this book Libby. But she’s actually an unreliable narrator who admits that she lies, and as a reader you witness her stealing from people as she’s investigating the death of her family members. I also found her unlikeable because she came across as being a very selfish person throughout the story. When she met the various members of the Kill Club, all she cared about was knowing if a lot of the members were really interested in what happened to her and her family instead of asking whether they actually had any good theories on who killed her family. There’s also the fact that she’s upset when people pay attention to other cases instead of hers and she doesn’t want to do any sort of work to help herself get money until she’s asked by the Kill Club to uncover the truth of her family’s murder. But she only does it in the first place because they offer to pay her for talking to certain people.

I was hoping Dark Places would redeem her character by making her be the murderer because that would’ve at least made this book more enjoyable for me to read. Instead, we have other characters who play a role in her family’s death and the reasoning behind it all is completely senseless. I was also hoping to have at least one character in the story that I actually liked, but wasn’t too surprised when that didn’t happen either. While I found Libby being an unreliable narrator an interesting choice for the story, I felt like it didn’t really go anywhere to make this book a worthwhile read. I also felt the same way about the mystery surrounding her family member’s deaths because nothing worthwhile happened in this story that resulted in them dying.

As a result, I wasn’t particularly fond of Dark Places. There was just too much disappointment with everything for me with regards to this book for me to even give this book a higher rating. In fact, I would’ve given this book a one star rating if I hadn’t finished reading it. Nonetheless, I finished this book and am disappointed by what I read because I was expecting more from the story than was given.