Spyro 2: Ripto’s Rage, the second game in the Spyro series, is my favorite Spyro video game. Released in 1999, it is a platform, item collecting video game developed by Insomniac Games. The plot of this Spyro video game centers around the world of Avalar, where Spyro accidently travels while entering a portal for Dragon Shores. He was summoned there by some of the inhabitants of Avalar in order to defeat Ripto, an evil tyrant who’s using his minions Crush and Gulp to take over the world. As you travel the worlds in Avalar, you collect talismans which can be used to defeat Ripto as well as orbs which you need to open a portal back home.

This Spyro video game is my favorite from my childhood for a number of reasons. For one, I found Ripto and his lackeys Crush and Gulp to be my favorite villains in the series. I enjoy fighting against them and find their interactions in the series to be entertaining.

Another aspect of Spyro 2: Ripto’s Rage I love is the amount of abilities this game gives you that wasn’t in the first Spyro game. In the first game, you weren’t able to climb walls, hover when flying, and swim. However, in this game, Spyro gains all three of these abilities throughout that become useful to you in all of the levels. Having these abilities is nice because they allow you to better get through the worlds to collect gems, orbs and talismans. 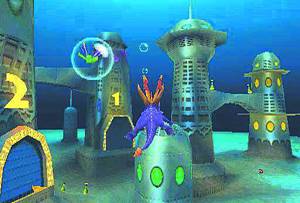 I also love this game because of the story behind each of the worlds you visit. Each world you go into for talisman, orbs and gems has a unique story with characters you have to help in order to obtain that world’s talisman. This is refreshing to me because each of these worlds have their own challenges you have to overcome. It makes the game that much more enjoyable because it feels like you have an objective you have to complete. But at the same time, it allows Spyro to use some of his new abilities to make it through these worlds. 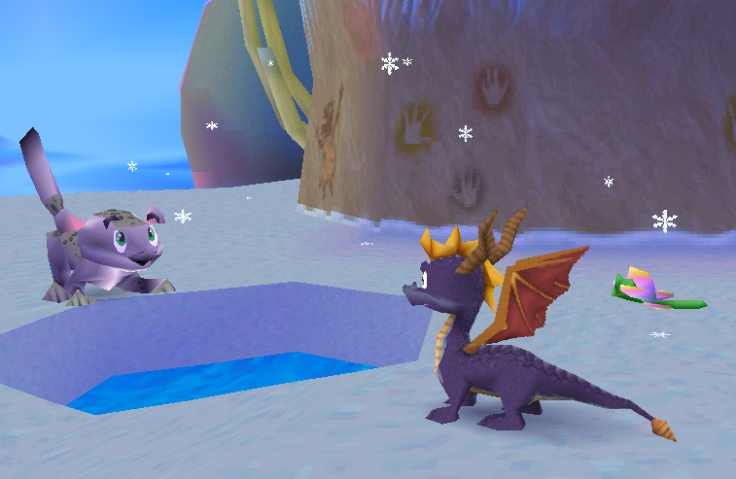 I remember as a child the amount of times I played this game. I love it so much because of the characters and story that I couldn’t help it. I also loved the different things you did in order to get orbs such as playing hockey and returning the snow leopard in the picture above to his owner. Playing this Spyro game gives me so much nostalgia that I enjoy every minute I play it, making sure I do everything I can to complete each world. This game is one of my favorites from my childhood and I hope others who’ve played it feel exactly the same.